Dr. William O. McCabe Jr. was a family physician in Forrest, VA, and a native of Bedford County. He always loved Bluegrass, and in the 1970s, when his sons were playing, the family hosted Saturday evening sessions on their back porch. The gatherings grew, and local players continued to form bands. When Dr. and Mrs…. 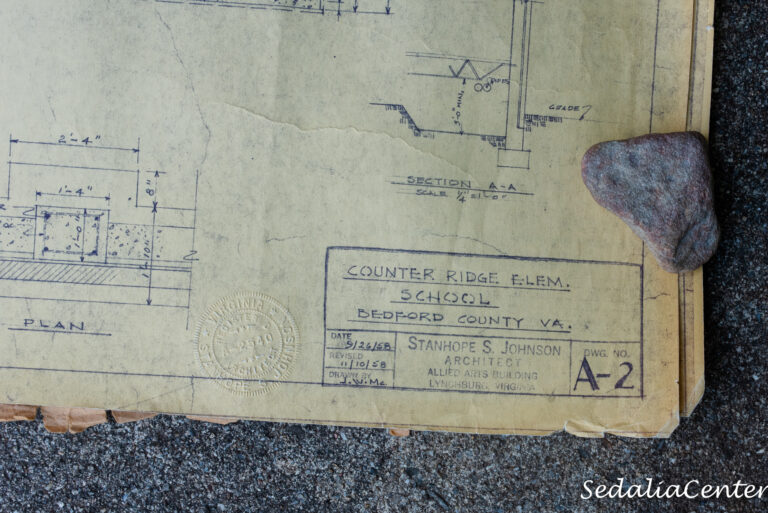 An oral history interview featuring Rita B. Otey, a Native of Bedford, Virginia and daughter of former principal of Counter Ridge Elementary School. This interview is a part of the Sedalia Center and their Counter Ridge History Project. https://youtu.be/7DhD9_OH_Os Learn More

“Festival of Trees at the Bedford Area Welcome Center is an annual event that takes place around the end of November through the first week of January. “Christmas Through The Decades” is the theme for this year. The event will feature trees that are decorated by local businesses and organizations. Visitors are encouraged to come…

An introductory documentary-style film featuring 2 interviews. One of Mrs. Mary O. Patterson, a former teacher of the original 1919 Counterdidge School, and Mr. Billy Willams, a former bus driver for Counter Ridge Elementary School. This video is a part of the Sedalia Center and their Counter Ridge History Project. https://youtu.be/Kt0JJpWt7sc Learn More